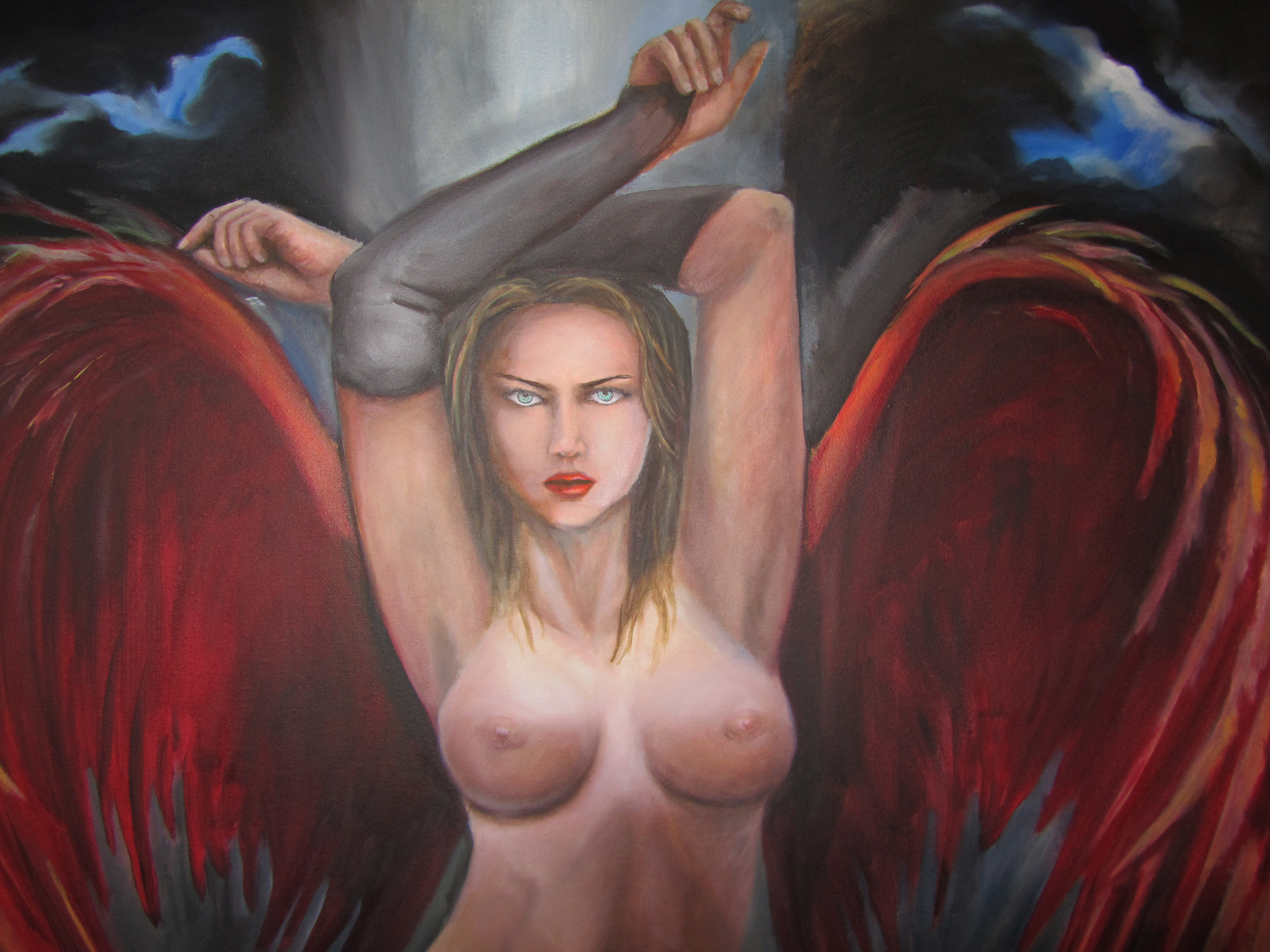 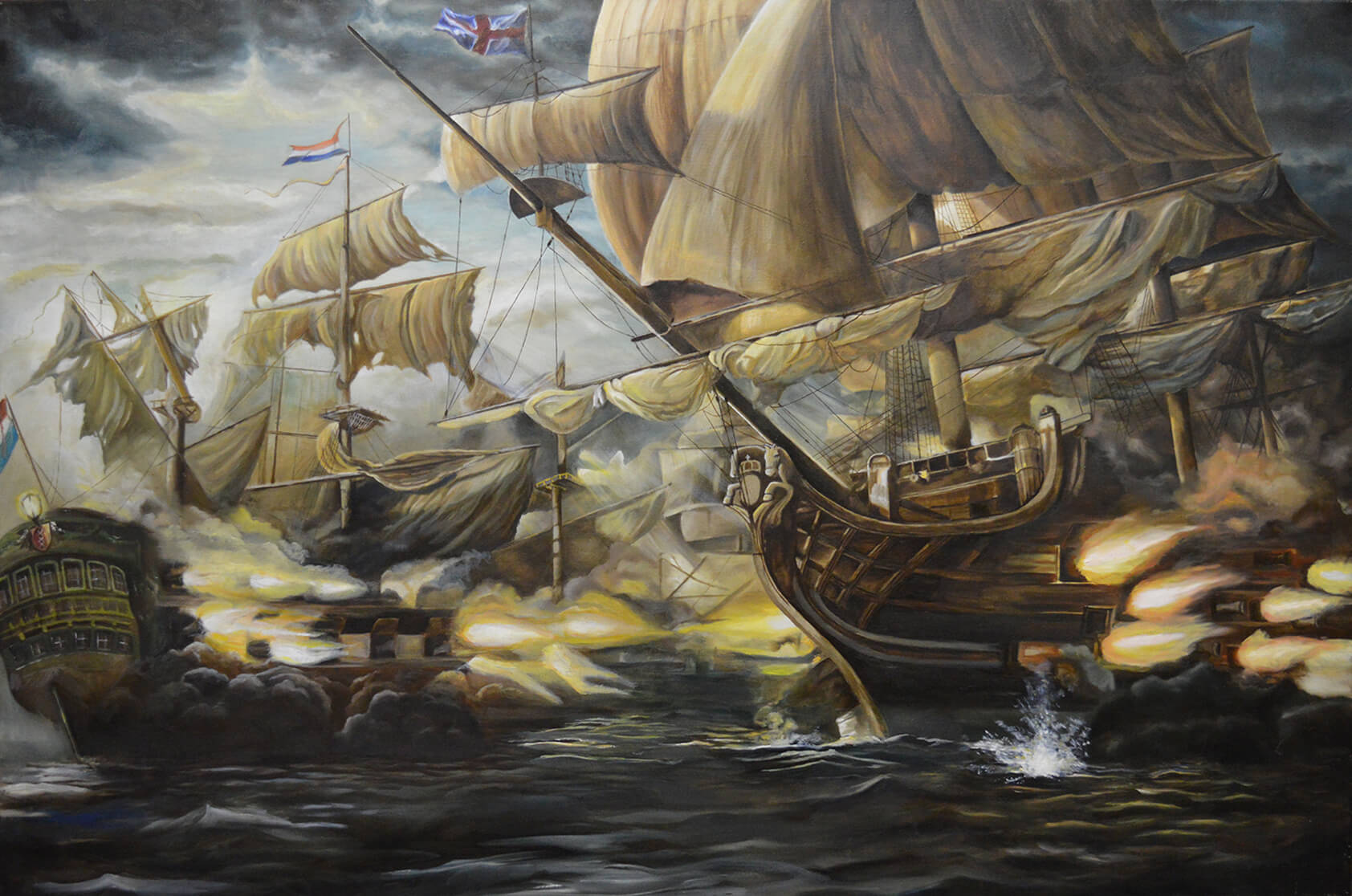 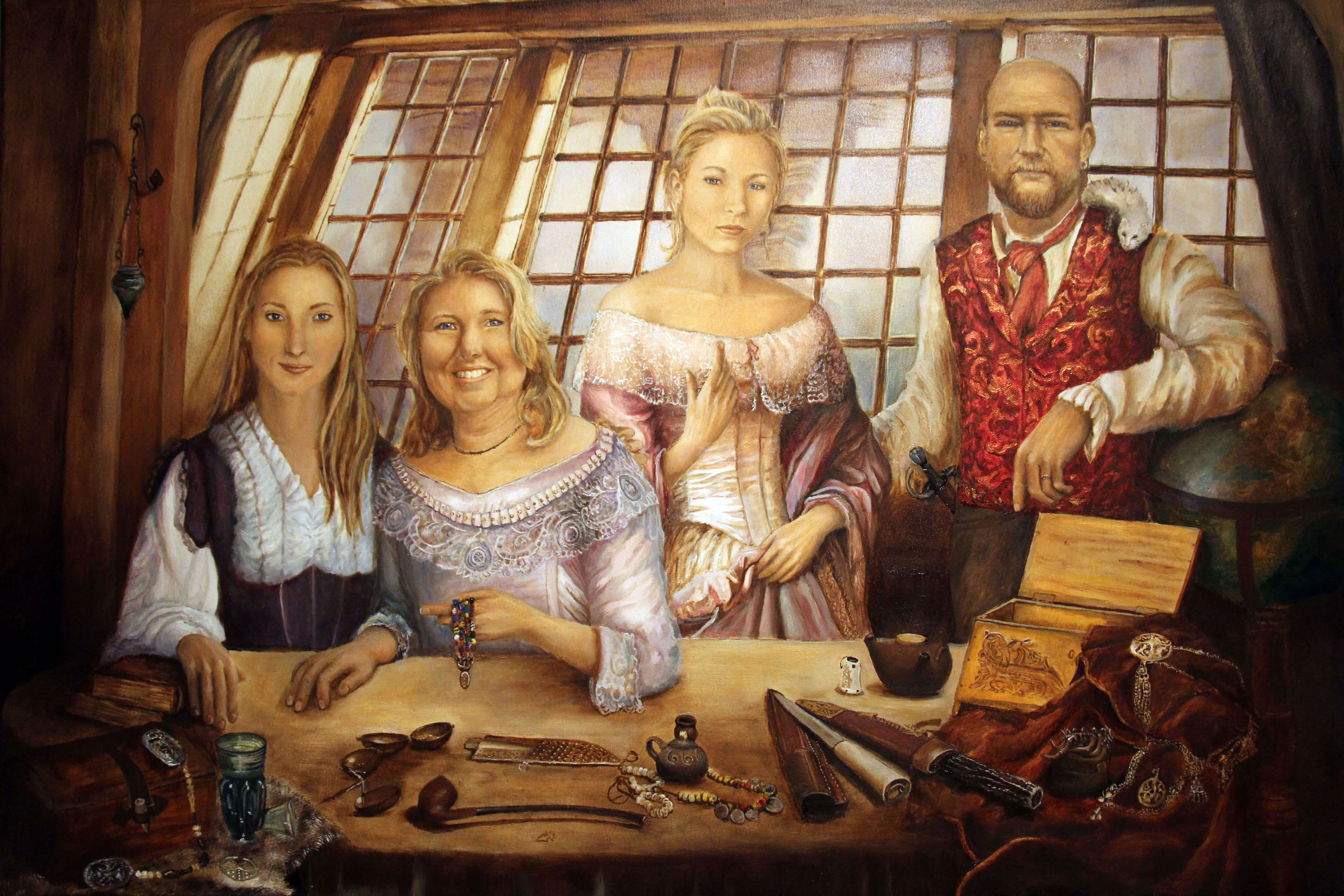 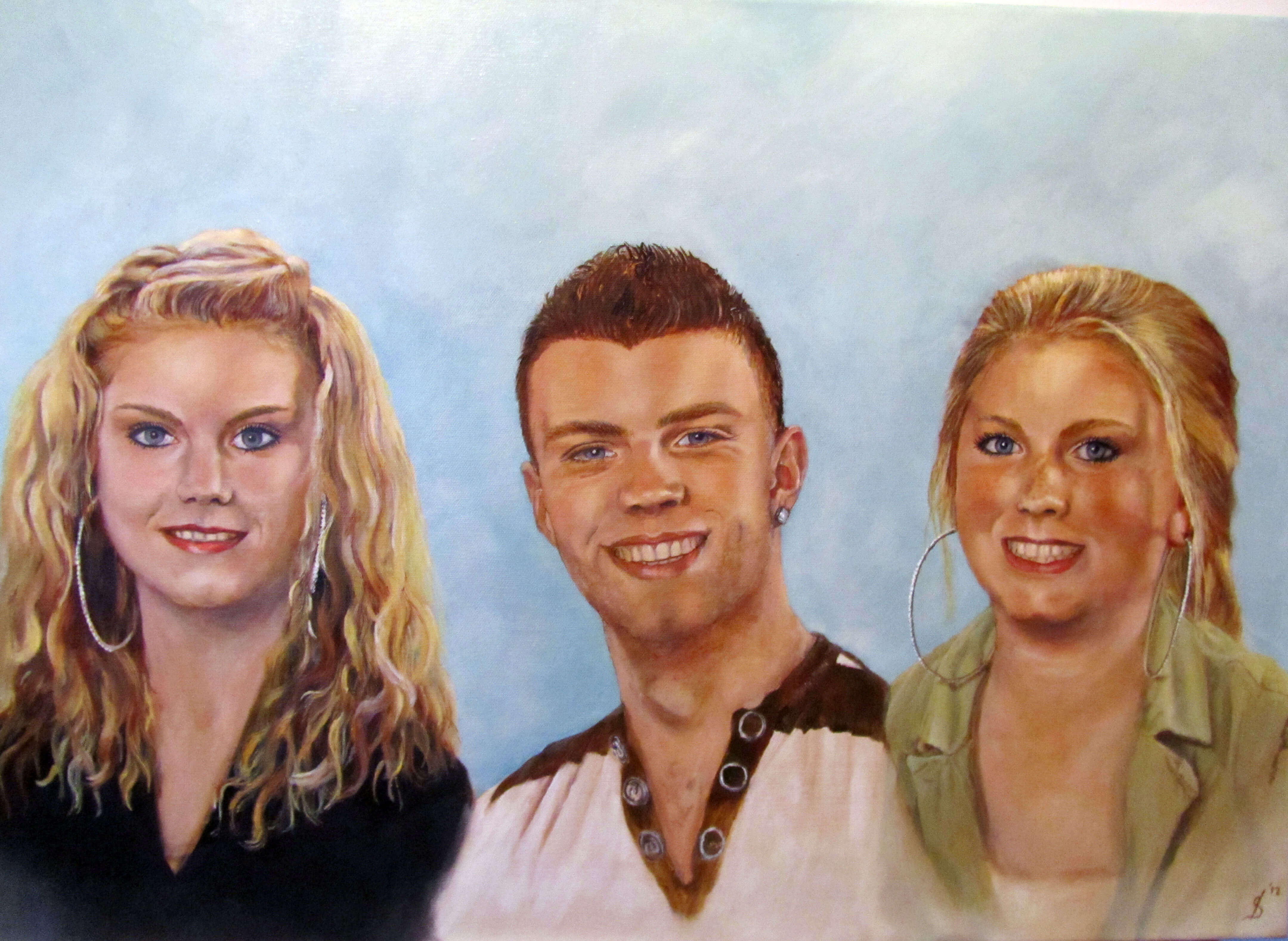 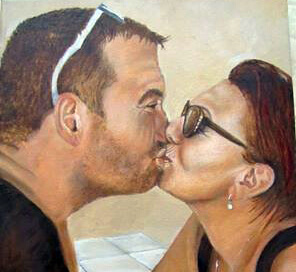 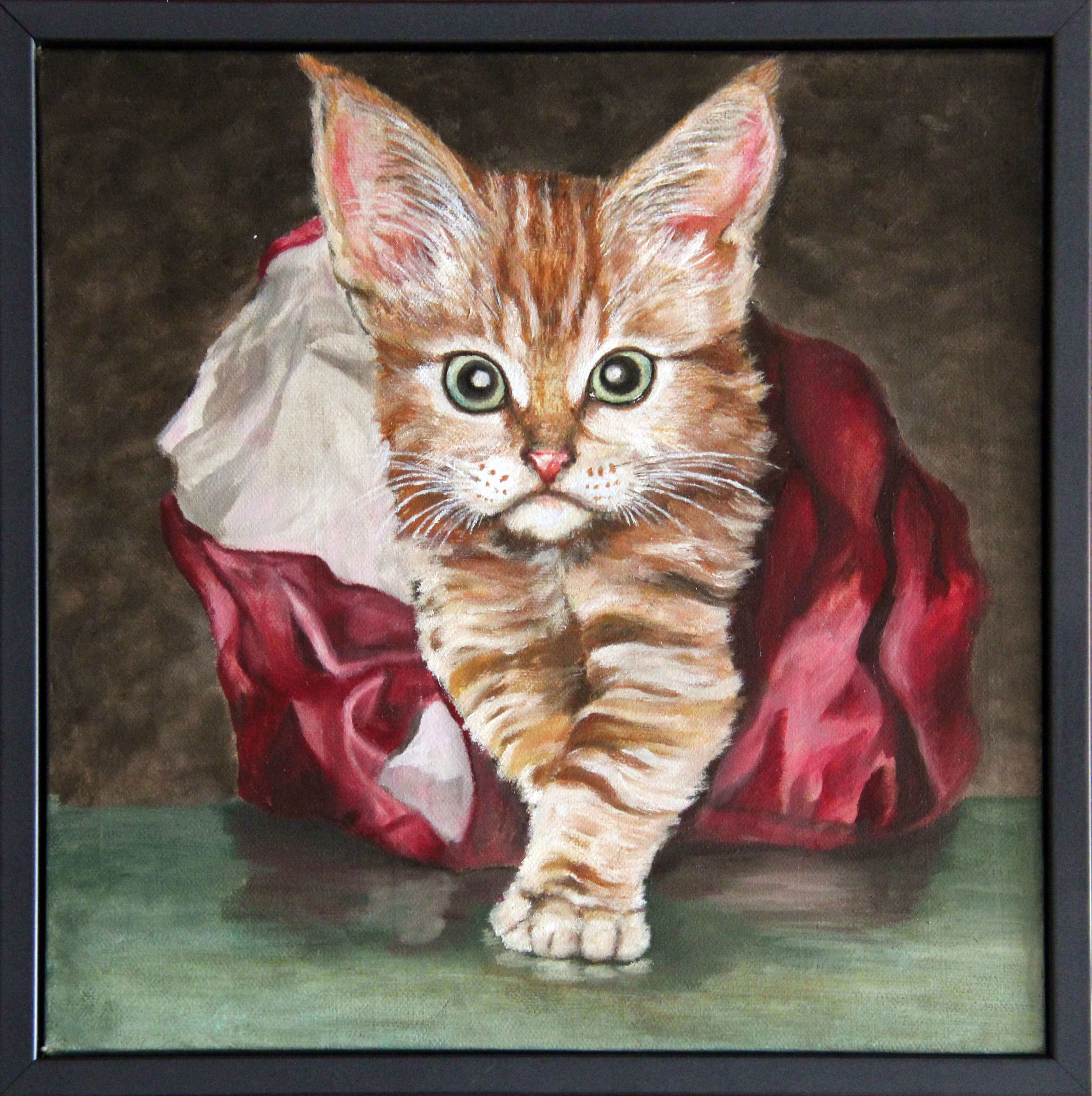 When I got this command I knew this would be a challenge. The client, author of a series of books about the Buccaneers from the 17th century, her family wanted to be immortalized on canvas. An idea on how that should look like was quickly made and I may say that I am very proud of it. The objects are all from private collection and the clothing is as it was worn in the 19th century in the United States. The setting is the cabin of a ship as in her books has been beautifully described.

There I was, at the Art Fair in Medemblik, working on a painting of two children when a elderly lady approached me if I could paint her grandchildren. After a little chat we agreed how it will be realized. After that she asked me how long it would take to finish the painting. I need some time because I work very precisely, so I told her that it would take about a half year. Oh no, that was much to long, and that confused me. But when she told me the reason it crawled my skin. She told me that she was very seriously ill and did not have long to live. Her grandchildren were her most precious gift... I dropped everything and the painting was finished in two months... on time.... And very grateful for the trust to be able to do this....

You were so little when you came to us, a small scoop of wool with a character on it's on. Here you were checking a bag of green beans. When this was approved, we have you photographed. Unfortunately we could not enjoy you're company for long, a disease made prematurely an end to that. We miss you, but you're forever on canvas.